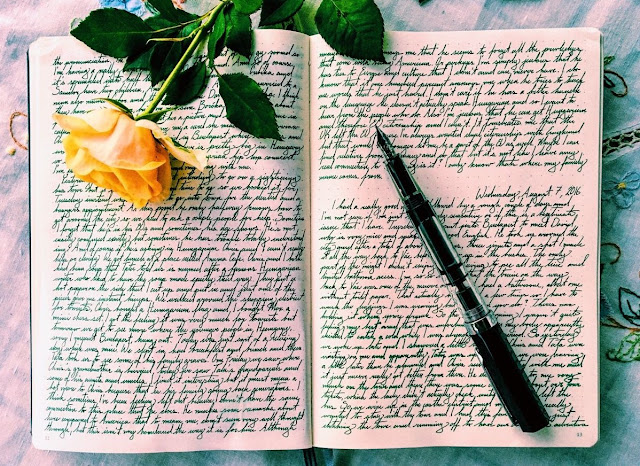 Hello beautiful readers, how are you today? You've probably read or heard that phrase about a million times, huh? Well, please note that as pretentious as that blogger's greeting may sound...I truly mean it with sincerity and welcoming.

Firstly, let me start this note of introduction by actually introducing myself. My name is Janine and I'm an aspiring writer who created this blog in an effort to motivate myself to, well- actually sit down and develop my voice as writer versus simply thinking/talking about doing so. From the top, I know what you're probably thinking.

Truly groundbreaking. The age old tale of the aspiring writer, crafting a "fresh and unique" blog that talks about their trials and tribulations of living in the big city; being young, depressed, and, hungry (both figuratively and literally) and ultimately, coming to the realization that there are literally thousands of people who carry the exact same aspiration to satisfy their aesthetic. Yeah, I know. Trust me, I've talked myself out of committing to this blog more times than I can count on two hands but, I'm here and I'm committing so that's really all I can do for now, right? Any-who...moving onto the point.

A few years back, when I was at the bright age of 18 and on the verge of completing my last year of high school; I had the plan of all plans. I was going to graduate, find a job, move as far away from home as possible and pursue an internship with a great, big literary publishing company in the hopes of building my repertoire and possibly being discovered. It was all set in stone. Or, at least that's what I convinced myself. There was only a few months left before graduation, I was secure enough in my finances to scrounge around in a hotel or two until I found a stable living situation, all that was left for me to do was find a steady job and I was set to take the midnight train to anywhere (s/o to Journey.)

Contrary to the existence of logic and expectancy, I was convinced that this was my ticket to the "come-up" as the youth would say and debated quite vehemently that it would work, much to the chagrin of my Father who'd only ever known the life of the blue-color. The only support I found in this quest was from my free-spirited Mother and my two sweet brothers who found my pursuit of grandeur, quite bizarre yet brave.

Perhaps it was the realization that life itself wasn't as picturesque as simply blindly believing in a dream or, maybe it was the fact that in the same month that I had been cultivating my plan for an escape to a new life, my mother had received news of a terminal diagnosis. "They told me I only have a little while longer. I don't know how long is a little while but, I need you here kiddo. Vincent needs you here." I can still remember the conversation we had the morning that she'd been informed of it all. Tears fell from her once sparkling eyes, pleading for me to understand what she was trying to convey without flat out asking me to stay. I remember the way in which she spoke. There was no surprise or fear for herself in the way she she said it, just worry and yearning for what and who she would inevitably leave behind. She'd spent half of my life, fighting a continuous battle with illness; I'd be lying if I said I wasn't expecting it too.

"I'm with you Mom. Don't worry." I responded with a broken voice and a definite promise. A promise to be there, until she no longer needed me, even if being there for her meant sacrificing everything I had desired for myself in the process.

Compulsively, I made the decision to drop out of high school just 5 months before I was set to graduate. At the time, I had convinced myself that I had made that insane decision on the basis of helping my Mother, in every physical and financial aspect but, as I look back on it now, I can see that I simply couldn't handle the weight of everything falling at once. It was all coming at me, too quickly and without warning.

Wake up, check on Mom, get ready for school, check on Mom, get Vincent ready for school, check on Mom, sit in class until 2:00pm, study for exams, worry about Mom, get home from school, an ambulance is parked out front...Mom's being rushed to the hospital. Don't cry. I gave in. My lungs had exhausted their function and my limbs had tensed beyond repair. The only motivation I had was seeing her tired smile as I walked through the hospital doors and keeping my baby brother out of harms way. He was so lost yet filled with so much pure innocence. I refused to leave him behind.

My silly dreams and aspirations were no longer a priority as I had formed new ones under the circumstances I had been given.

"It's all gonna be okay Mija. Just have faith and hold onto what I always told you. God only gives you the things that he knows you can handle. Be honored that he knows how strong you really are." I clung onto those words as she spoke them. At least someone had faith in me, because truthfully, I was slowly sinking into an abyss of perpetual uncertainty.

Hospitals were my new library, my second home. The sound of life support machines became my alarm clock and followed me into the depths of my sleep. I memorized the pattern of her breathing, my stomach sunk every-time I noticed the pattern fall just a little more off beat.

Homework helper, homemaker, full-time nurse, second Mom, part-time employee at [insert company name] I never thought it was what God had planned for me but, it was okay. I had my Mom and she had me. I had my brothers and they had me. That was enough. Dreams weren't always meant to be.

5 years. I shared 5 more years with her until her life was slowly taken by the grips of terminal illness and my journey as her "right-hand man" as she graciously crowned me, had ended. I never thought about it much when she was still alive. It never occurred to much that I would, at some point down the line, be without her; irrevocably.

That was just the kind of heroine that my Mother was.

We were all convinced that she was an incarnation of superwoman as the words "not possible" were simply not in her vocabulary. Thinking about her now, as I type this with tears free falling down my cheeks and tragically beautiful memories flood my thought process...I know she would be smiling.

You see, this blog is also apart of that definite promise I made to her.

Before she passed, my Mother would spend hours utilizing her years of accumulated teaching skills in proof-reading, critiquing and blissfully spell-checking my writing as a means to encourage me to never leave it behind. "You were born to write Mija."

She would comment on the simplest of my journal entries, refining my works in ways that made me want to grow more and more as a writer, even when I'd buried my passion for it so deeply into the past. The last promise I made to her was that I'd find it again. It being the dream of writing and finishing school, the way I knew I always could and should have before the universe took me through quite the detour.

Truthfully, as I'm finishing up this entry and hyper-analyzing every aspect of my writing as I typically do before presenting to anyone besides myself, I'm scared to press that publish button.

To pursue and dedicate any of my carefully dotted time to this or as my Father refers to it, "a fun little hobby" when I could easily focus it on being productive in more fruitful ways feels like a waste of space.

However, though I shamefully admit these truths, I now find myself sitting at home, forced to isolate in the midst of COVID 19's unstoppable rampage, stewing in my intense anxiety and, unwavering financial hardships...I figured, what better time then now?

Wasn't it Faulkner who said "Don't be a writer. Be writing."

Diaries Of A Daydreamer